According to various researchers that have been done Singapore scheme is not among the top 10 world scheme, and countries like Chile has been ranked ahead of Singapore, however, we all know that Singapore in this century do enjoy the highest average wages around the world and therefore this researches and surveys does not really depicts or shows what actually pensions in Singapore have. To most of us who understands this, we cannot thrust the rank of Singapore because a lot has been done in the pension scheme. Basing on this average wages we are supposed to expect Singapore schemes to be ranked highly as other countries. The question that most Singaporeans can ask themselves is why are they ranked lowly? Should they worry about their own pension schemes? Of couse the answer to us is no, this is because the state of Singapore pension scheme is at the better position that should not worry you.

The government managed central provider fund (CPF) is purely the pension scheme that was started in Singapore to deal with it. The CPF has got both housing and health, however, this article has discussed pension scheme.

All employees and employers are entitled to do mandatory savings schemes on CPF. In addition to that, there is the optional amount that one can contribute that is known as government pension scheme also known as the pay-as-you-go pension scheme. This saving option is only limited to government employers, the armed persons also can do their saving as there is an option saving scheme for them. Supplementary Retirement Scheme (SRS) is another pension scheme that is private and does not involve employers that can enjoy as there is no deduction of tax involved in the scheme.

In one of their recent research they carried out, Aviva insurance company revealed that about 70 percent of permanent residence Singaporeans have enrolled their retirement savings in CPF. However, what was worrying in this research is that expats in Singapore were not eligible to join The pension scheme despite that a third of all population in Singapore is composed of expats. The only expats who have done this are those who have joined in a well-funded employer pension scheme, but to those who haven’t joined any known and well-funded scheme are forced to do their pension saving in private pension selections.

The main advantages that permanent residents of Singapore enjoy if they have enrolled with CPF are that they are able to receive medical care and housing funds and also retirement funds. The questions that also come here is that will the CPF pension and pension savings be enough you at your retirement? However, the answer to the question is that there is a big possibility of yes but all will depend on your needs which may be enough or may not be enough.

Just like other government pension schemes, there are always changes of contributing and accessing the CPF retirement funds, there are those that get specific assured returns are in place and this may depend on the government changes based on the necessity of financial and economic status the country is at the period of payment.

At the long last, the main purpose of CPF is to fund and change the economy within the environment. It is aimed to change one’s economic status as he or she will retire or faced with difficulties at a given period, and this has been a reason to why most Singaporean people have heavily and are heavily investing in CPF. They want also to retire in a more and comfortable way when the right time for them comes.

The recent MasterCard research also has proved this and has shown that 60 percent of adult people in Singapore have done their save through bank deposits, while at least about 38 percent are investing through shares and bonds. More encouraging is that around a quarter of the population does prefer investing in property.

However, if you have not well known on how to enroll yourself with the Singapore pension scheme you can search more information here on how to join CPF or you can ask for those individuals who have enrolled there since most people in Singapore are aware of this pension scheme. To add on that you can also visit their official website and search for the procedure on how one can join them. You should be able to know that you can only join them if you are 18 years old and above. You should also understand that even if you are an expat you can enroll on CPF.

When you reach the age of 55, you are able to withdraw the amount in your Ordinary Account. However, as you aged, medical billing arise as well. In times of emergency, you might need some money immediately.

Which One Is Better, Paying off Your Debt or Saving Money? 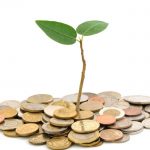 What is the Limit Sum of money I could Acquire If the I have An adverse Or no Credit history?